In the past few years, I’ve met many guys and gals who wanted to be successful, and they’ve sought me out for advice. What I noticed is that most of them were looking for an easy money-making solution—some hack or secret. Many of them were looking to become millionaires overnight.

And therein lies the problem. Success, by my definition, can’t possibly happen overnight.

Perhaps overnight success happens sometimes. You can win the lottery, for example; but is that really ”success” by anyone’s standards? The stats behind scenarios such as lottery winners should be a cautionary tale about those who fall into overnight successes. These folks often end up in a worse situation than before.

Like anything in life—companies, families, bones—If you grow too fast, you get growing pains.  And, when it comes to financial growth, it only gets tougher to keep up and continuously improve your money management skills at the same speed.

Today, I want to share my story about failures and experiences that led to my successes. Because it’s what I went through in the past 15 years that brought me to my current project here: building ZeroDebt. My goal with ZeroDebt is to help people to get out of anything that holds them back, like debt, in order to build a successful future.

Back in 2008, I was a very successful immigrant who moved to Canada in 2001 from Baku, Azerbaijan. I was born in the USSR and had no education (think 7th-grade drop-out). When I immigrated to Canada with my parents at the age of 19, I started working with my dad as a kitchen cabinet installer.

As soon as I saved my first $10K (it took me around nine months), I left him and started my first business – Toronto Renovation. Why renovations? I had no clue how to renovate homes. But I had the conviction that this was the business I wanted to run.

I spoke zero English, so I decided to use the Russian community in Toronto. I posted my first ad in a Russian newspaper, and in a few days, I received my very first call. I closed that deal – $17,500 for the whole project. I barely broke even. I had no idea how to estimate. Again, I didn't know how to renovate. Scary, huh?

Back in 2001, there was no YouTube or any other online learning that I could use to teach myself through videos. I had no experience whatsoever but I was determined to learn. So, I went to Home Depot where I got my first set of tools and all the necessary books. I couldn't understand the text, but the pictures in the instructions provided enough context for me to learn.

I grew a renovation company to seven people and switched to flipping homes and condos for a while before building new homes again. In 2008, seven years after I immigrated, I was doing very well (considering the lack of English and experience). I had over $1,000,000 equity in multiple properties, was living in a $1.3M house, and driving BMW X5.

Huge debts and no light at the end of the tunnel

Then, as most of you can remember, something unexpected happened that took many of us by surprise... The market froze. I couldn't sell the majority of my homes except one (where I lost all the money I put in).

I prepared myself to lose the money I had invested and cut my losses to escape with zero. At the time, I thought that was my best option, but alas, that’s not what happened.

Months went by, and I got myself into a bigger and darker financial hole. I borrowed money from family and friends and sold almost everything I had to continue making payments. I didn't want to go bankrupt. It was my nightmare. All the money I had in my bank account went toward payments and other expenses like office rent and insurance.

Time flew, and in a few short months, I had no money left. All credit cards were maxed out. Possessions were sold. Over $100K personal debt was borrowed.

That’s when I lost hope. The situation was miserable. I did everything I could to save myself from having to file bankruptcy. I was ready to lose all the money I earned in the past years. I felt ashamed. I was scared. I had no idea what was going to happen next and worst of all, I had no control over the situation.

The failure—what's going to happen to my family? The shame—what would other people say?

I had many questions, but no answers. I felt like there is no life after bankruptcy. It is going to be worse than starting from scratch; I was telling myself. First, I'm going to owe my family. Second, I would have a bankruptcy on my credit, and I won't be able to get any loans and mortgages in the next seven years.

I daydreamed that maybe I would fall asleep and wake up in a world without these problems. But that didn’t happen either.

It was my worst nightmare. I was forced by this situation to file for bankruptcy—corporate and personal. It took me a couple of days to find a firm, then a few weeks to collect all the documents and processes. During these weeks, I stopped paying my credit cards, mortgages, and loans. Debt collectors started calling me day and night. Some of them were polite, some very aggressive. I wanted a way out and couldn't wait until everything ended. Finally, it did.

The day finally came when my attorney told me to pass the message to all collectors that I filed for bankruptcy, and I did. They stopped calling me. It was my first relief.

At that time, I had no business, no money, no cars, no home, no nothing. Everything was sold and used for payments. And the situation was even worse than being at zero because I still had personal debts, to my dad and friends. I couldn't include them in my bankruptcy for moral reasons.

Then my life turned into a dark tunnel.

My wife and I had two little children at that time. We had to move to an old and tiny house that smelled terrible. We switched from BMW X5 to an old minivan. And I changed from being a successful businessman to a depressed, unemployed man who was spending days at home and thinking about what I should do next.

In order to survive, we had to use my wife's credit cards and in a few months, almost maxed them out. I got multiple job offers but was too stubborn to accept them. “How can a businessman go and do stucco?” I said to myself.

Is there a life after bankruptcy?

It took me a few months to recover, rethink, and start something else.

My first idea was e-commerce. I did it for one year, had semi-success, and during this year, I figured out how affiliate marketing works where I quickly started making some progress. In less than a year, I had a stable income that was enough to provide for my family. Soon I was able to scale to a much higher income and started investing in building my startup that soon failed.

But unlike last time, my affiliate income helped me to find something that was working finally, and I built a company that is my most significant and successful company to date. Many other things happened during those years. I almost went bankrupt once – but survived and quickly recovered. I've made lots of investments and started multiple companies. Many failed, some survived and became successful. From 2011 to 2019, I started more than 15 companies and invested in more than one dozen as an angel and seed investor.

How do you measure success?

Many times I get asked—what is success to you, or, what do you think success is? Are you successful?

Yes, I believe I am successful. And many of you might be.

Success, to me, is not a big number on my bank account. It's not passive income. And it's not successful companies that I've built.

Success, to me, is something else. You don't have to agree with me. This is my personal view on success.

And this is very important; you have to do things you love.

One person said, – a successful life is when you want to go to work in the morning and want to come back to your family in the evening.

It's when all things in your life are in its right order.

You don't need to be a millionaire or billionaire in order to be successful. But you have to have peace and joy – this is so much more important than money. And, one more thing.

If your goal is money or money is your motivator, most likely, you won't ever be “successful” in your life. Simply put, there is never enough money. You are never going to be happy. Never going to enjoy things you have.

Money is one of the worst motivators

What is the best motivator? Love. Love is the best reason to do things. If you do things you love – you will do them no matter what and how wealthy you are.

You will enjoy the process.

Filing for bankruptcy may feel like a major hit to your self esteem. Here is one man's story about bouncing back from bankruptcy. 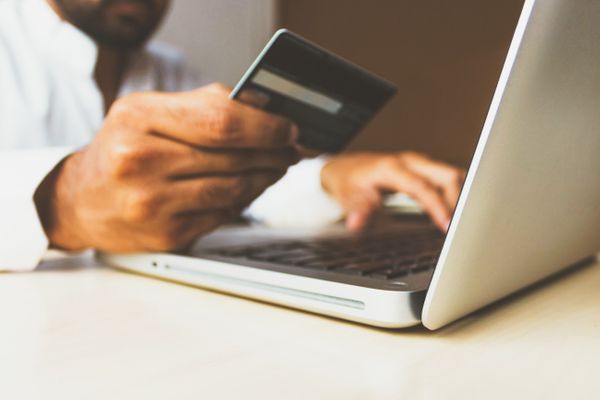 Debt consolidation is a great option if you have a manageable amount of debt.

If you’re one of the 43 million Americans who are saddled with student loan debt, you should know that there are a variety of student loan forgiveness programs available. Although the general